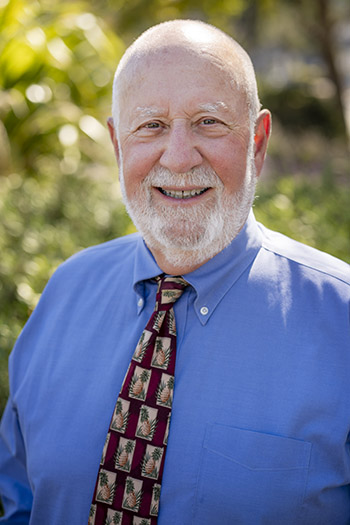 Larry Baskin brings 40 years of experience as a litigator and transactional attorney to his Mediation practice. Knowledgeable about the law in a broad base of practice areas, Larry’s primary strengths lie in business, real estate and construction. He is swift on the uptake with a knack for being able to quickly pick up on the law and facts in the matter before him and to connect with the parties and their counsel in a very personable manner. Larry brings a sense of perspective and sometimes humor, when appropriate, to help find and create solutions that bring people together to facilitate consensus on how to resolve their dispute.

Larry’s debut as an effective lawyer was a baptism by fire. As a recently graduated student from Wayne State University Law School in1968, he became a teaching fellow at the University of Illinois, Urbana-Champaign, where the school decided to hold disciplinary hearings to expel more than two hundred students of color from their affordable housing units — after having recruited these same students to promote the appearance of diversity in their study body. Baskin volunteered to represent the students in a bitterly fought campus and court battle and prevailed during a time when due process prior to disciplinary expulsion was a developing area of law.

“This and other volatile, racially charged cases taught me an extremely valuable lesson,” says Baskin. “Truth in the courtroom is an elusive concept. And it may have little to do with what really happened. Truth in the courtroom can be nothing more than what the trier of fact, be it judge or jury, deem to be fact.” He notes that this principle is important for litigants to understand when facing the unpredictable outcome of trial, as opposed to working on a settlement with a skilled mediator.

Recipient of the prestigious Reginald Heber Smith Community Lawyer Fellowship in 1969, Baskin took his tough but compassionate legal skills to East Oakland, where he served from 1970 until 1974 as a neighborhood advocate and member of a three-person think tank devoted to law reform, urban planning, and community organization. The three worked tirelessly on behalf of marginalized citizens around housing and economic issues. He argued test cases on cutting edge issues in the California courts of appeal, including the California Supreme Court and Federal Court in the Northern District.

In 1974, Baskin formed a partnership, Krause and Baskin, with well-known ACLU and KQED-Channel 9 Newsroom commentator/attorney Marshall Krause. The pair started in modest digs in Kentfield, then moved to picturesque Larkspur’s Wood Island in 1978. They quickly became proficient in Construction and Real Estate Law when the developer of the hugely complex Blackhawk development near Danville hired the firm to join the team in their defense against the challenge of Amigos de Diablo and the Sierra Club Legal Defense Fund over thorny California Environmental Quality Act (CEQA) ecological issues.

“Blackhawk,” says Baskin, “with its high-profile, media-scrutinized presence, was really the genesis of my real estate work, immersing me in the newly enacted CEQA, Business, Construction and Contract Law, eventually leading to cases tried in Superior Courts throughout the State of California and in Federal District Courts in California, Michigan, and Utah.” In its 17 years, the firm grew with partners and associates and became a well-respected law group providing services over a broad range of practice areas.

In 1995, Baskin downsized and moved his practice to downtown San Rafael, and soon thereafter began focusing on mediation, which was emerging as a viable alternative to courtroom-oriented dispute resolution.

“I brought those 15 years as an effective mediator to Resolution Remedies,” Baskin explains. “And I attribute my 95% success rate to the art of good listening combined with thorough preparation and my commitment to connect with people on a human level. My approach is very hands-on and assertive. I really dig in on cases, not just as facilitator, but as active, caring participant. I challenge the lawyers to be both realistic and practical, and the clients appreciate that, because I have a deep belief that the mediated resolution is a preferred path to their case rather than the risk of an unpredictable ruling or outcome in court. Full preparation allows for a better process, and progress. I believe in giving lawyers guidance as an effective participatory tool. It never helps to be distant or detached.”

Baskin’s youthful enthusiasm combined with his seasoned experience make for a proactive mediator who believes in fleshing out the facts and removing barriers to settlement. He has been married 32 years to Kathlynn Capdeville, a successful speech pathologist for 37 years in Marin County schools. The couple resides in Stinson Beach, and they have two adult children.

Decades of experience in Real Estate, Business and Business Formation, Construction and Contract Law (transactions and litigation.) Tried cases in Superior Courts throughout the State of California, and in Federal District Courts in California, Michigan, and Utah. Arguments in the California Supreme Court, State Courts of Appeal, and The Ninth Circuit Court of Appeals. Mediator or Arbitrator in Complex Litigation Matters in the practice areas noted above. Over 12 years as an Arbitrator with the Client Relations Committee of the Marin County Bar Association.

Larry Baskin was even-keeled and effective. He knew the personalities and how to solve the problem.
– Michael Muzzy
Larry is direct and very effective! I was not confident we would reach a settlement, but we did.
– Robert Jaret
I want to thank Mr. Baskin for his very effective efforts in achieving an out of court solution to our miserable, long-standing dispute. I do believe we can now work toward being just good neighbors.
– Michael P. (client)
Larry, thanks for all the help - you are very, very good at what you do. I learned a lot.
Mike Watters
Previous
Next