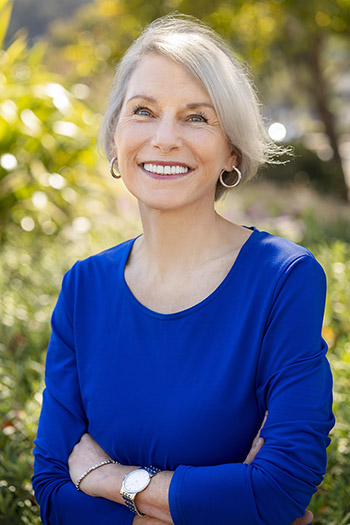 Barbara Monty is well known for her practical, get it done approach to resolving disputes. Her quick intelligence, persistence and inherent kindness makes her an excellent choice as a neutral. As a successful trial attorney for 35 five years Barbara has represented defendants and plaintiffs alike.  She has worked inhouse for national insurance providers, as general counsel to several corporations, and an international aviation company. This has given Barbara a keen understanding of business concerns in addition to having compassion for injured individuals.

Barbara began mediating even before she became a lawyer. In the early 1980s she was chosen by the City of San Francisco to be part of the seminal Community Boards Project to resolve neighbor conflicts and reduce gang violence. She was also appointed by the San Francisco Human Rights Commission to mediate human rights violations of the LGBTQ community.

Prior to coming to Resolution Remedies as a full time neutral, she was a founding partner of Monty White LLP, helping to build a highly successful statewide law firm. At Monty White, she frequently served as Judge Pro Tem, arbitrator, mediator, and special master.  She is the author of numerous legal and mediation articles and has taught nationally on topics including trial skills, handing complex construction claims, sexual harassment, landslides, and insurance coverage.  As one of the few attorneys in the country certified as a forgiveness coach, she teaches forgiveness skills to lawyers, law students and mediators.

Barbara was twice honored by the California Bar Association, receiving awards for representing persons with HIV/AIDS, and members of low-income elder communities. She holds AV, the highest possible rating from Martindale-Hubble a national association of peers. She was elected to Who’s Who in California and Who’s Who in American Law, evaluated as 10 out of 10 by AVVO and was included among Distinguished Women Lawyers in America. Her many leadership positions have included directorships of the Bar Association of San Francisco, Marin County Bar Association, Marin Women Lawyers, Alternative Defenders Institute and Bay Area Lawyers for Individual Freedom (BALIF). She founded and chaired the Construction Law Section of the Marin County Bar Association and received the President’s Award from the Marin Trial Lawyers Association.

Barbara Monty's ability to effectively communicate with the parties, reduce the tension, and persuade the parties to see the merits of the positions of the other parties was excellent.
– Thomas Kelly
Barbara Monty is definitely a top of the list skilled mediator. She maintained control of the sessions, kept the hostile parties calm and focused, and redirected what had been an irresolvable dispute into a discussion of settlement approaches.
– Vincent DeMartini
Barbara, I thoroughly enjoyed our candid, informative, and educational discussion yesterday. You are a level headed, reasonable yet compassionate voice in this process and I’m glad you are providing this service.
– B.F. (self represented)
In my experience the reason cases settle (or fail to settle) is in large part a product of the enthusiasm, demeanor, creativity, finesse, energy, and personality of the mediator. Barbara Monty scores a solid A+ in every one of these categories.
Joe SalamaCEO
Barbara Monty's experience as a litigator and her compassion and emotional intelligence make her an expert at guiding parties and attorneys, sensitively and firmly, toward settlements in mediation.
Nancy Foster
Previous
Next