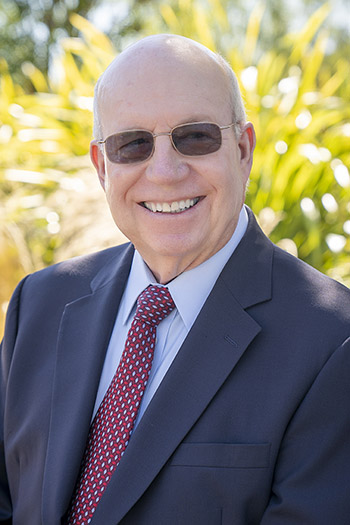 A preeminent authority on Family Law, Justice Dennis Cornell (Ret.) earned his reputation during his twenty years in private practice and twenty-three years on the bench, fifteen of which he served as a Justice on the California Court of Appeal. He is a prolific writer and lecturer, who enjoys sharing his knowledge with numerous speaking engagements, training programs, and seminars. After retiring from the bench in June 2015, he embarked on the next chapter of his legal career—working as an independent consultant, and applying his extensive set of skills toward mediation, arbitration, and private judging with Resolution Remedies.

As a private judge, Justice Cornell undertakes to thoroughly learn the facts and issues of the case and fully contemplate the positions of the parties. He follows with a determination as to credibility issues before rendering a decision.

“I encourage mediation participants to consider what they can expect if their case goes to trial,” he adds. “As a former trial lawyer and judge, I can predict with reasonable accuracy what would happen in a family law courtroom.”

With his expertise in working with the process, Justice Cornell astutely and respectfully guides clients to become more receptive and comfortable with reaching an agreement. “Once the emotions have subsided a bit, I can offer a sense of perspective and facilitate a settlement that addresses their priorities.”

Upon graduating (with Honors) from George Washington University Law School in 1972, Justice Cornell returned to his native Merced, California, where he entered private practice handling a wide variety of cases. He accrued vast trial experience during this time, taking 45-50 juries to verdict and trying countless bench trials. After about 10 years of practice, he began to focus mainly on family law and business disputes. He argued family law issues before every appellate court in California, and the United States Supreme Court. Before being appointed to the bench, he accumulated numerous awards and accolades, including recognition as a Family Lawyer of Distinction by California Lawyer magazine and a listing in the Best Lawyers of America in every edition published before donning his judicial robes.

Justice Cornell was appointed to the Superior Court, County of Merced in 1992. As one of the three Superior Court judges in Merced, Justice Cornell’s docket was filled with every assignment imaginable. The jury trials he handled ranged from 2-day criminal matters to multi-month death penalty cases, and 2-day estate disputes to 4-month medical malpractice cases. In addition, there were numerous court trials and other contested hearings. Despite a frenetically busy court calendar, he still found time to lecture and write on law-related subjects for a variety of organizations, including Continuing Education of the Bar (CEB), CFLR/Rutter, and the Center for Judicial Education and Research (CJER), among others.

Justice Cornell’s reputation for legal expertise and integrity brought state-wide attention and eventually an appointment to the 5th District Court of Appeal (DCA) in 2000. There, he sat on three-justice panels that issued over 4,500 written opinions and handled several thousand writs. Moreover, he participated in a pilot DCA mediation program in which sitting justices acted as mediators for cases pending before the DCA. He successfully settled almost every matter assigned to him through the program while accumulating valuable mediation experience.

Now a resident of the North Bay Area, Justice Cornell looks to utilizing his considerable background and experience to the art of mediation and arbitration. “My entire career has entailed evaluating evidence and issues to reach resolution,” he points out. “In each of my capacities, my aim has always been to resolve the dispute. That’s the bottom line.”

Justice Cornell was born and raised in Merced, California. He graduated from Stanford University in 1969 and the George Washington University Law School in 1972 (with Honors). He practiced law in Merced from 1972 until 1992. He was certified as a specialist in family law in by the State Bar of California in 1980 and admitted as a Fellow of the American Academy of Matrimonial Lawyers in 1982. He also served as a part time United States Magistrate Judge from 1986-1992. In 1992, he was appointed to the Superior Court, County of Merced where he served as presiding judge on three separate occasions. He also served on the Trial Court Budget Commission from 1995 to 2000, when he was appointed to the Court of Appeal. During his 15 years on the DCA he continued to serve as an instructor on ethics, family law, and other topics for CJER, CEB, CFLR/Rutter, and the California Judges Association (CJA).

Mediation to me is like a trip to the dentist but your team made it as pleasant as possible.
– John F. (Attorney)